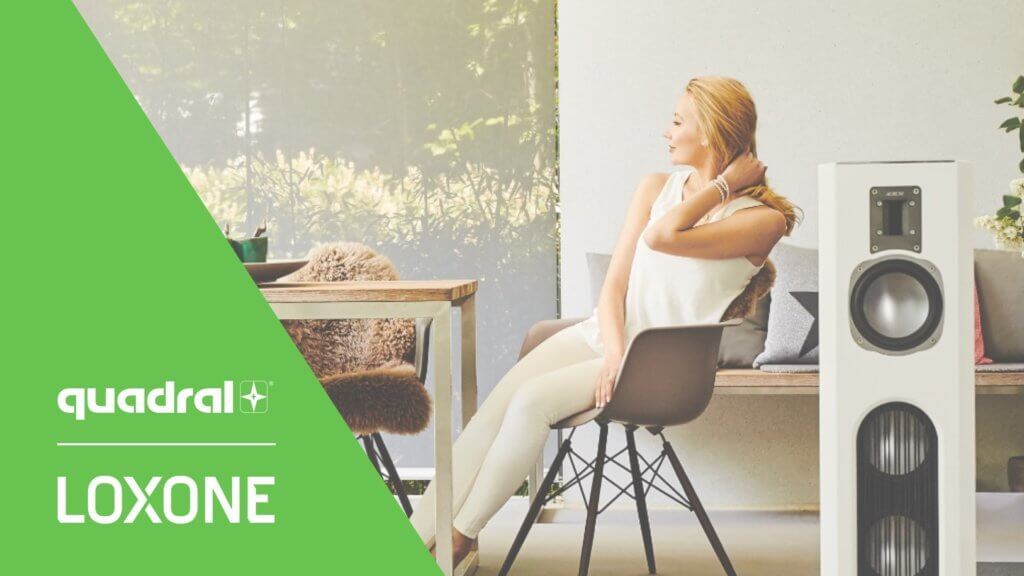 At the beginning of September we introduced a completely new way to implement multiroom audio into buildings automated with Loxone. With the launch of the Loxone Audioserver we claimed it to be the start of something new. While the Audioserver, in its own right, is an impressive benchmark in this claim, another display of how much we’re focusing on being experts on the subject is with the acquisition of quadral, a German company known for quality speakers.

For nearly 50 years, quadral has stood steadfast in its understanding of the sound culture with its high-quality hi-fi components. quadral is also one of the last German manufacturers to manufacture in Germany. For example, the well-known quadral Aurum ribbon tweeters are produced in Hanover, Germany. quadral’s flagship product is the legendary Aurum Titan, which in its current edition is already the ninth generation of the high-end series launched in 1981. Last but not least, critical acclaim from specialist magazines and on online specialist portals bear witness to quadral’s acoustic expertise.

Current shareholders of quadral, Edmond Semmelhaack and Jürgen Brinkmann, have shared their response to the possibility that this acquisition brings for the future:

Working together on future products

This acquisition will see the joint-development of products in the future. In terms of the change of ownership: quadral will continue to exist as an independent brand and company in Hanover, Germany – at the same time as becoming a part of the Loxone Group with all its employees joining the Loxonaut family. Production in Hanover will also be maintained. Nothing will change in terms of support for quadral’s specialist trade partners.

More about this topic